Julia Child in her kitchen, 1978. Photo by Lynn Gilbert, from Wikipedia.

Today was the 106th birthday of one of America’s favorite female icons: Julia Child. Whether or not you’re a foodie (and I am, for sure!), Julia –- a single-name celebrity who predated Madonna, Cher and Rihanna by generations – continues to represent all that is good about great cooking for Americans of all ages.

How did Julia become the leading light in the cuisine of an entire country? Well, by leading like a woman, actually.

Julia, who was born in Pasadena and apparently had an entire career as a spy with the OSS (precursor to the CIA) during World War II, didn’t even discover her passion until she was nearly 40. Her husband Paul accepted a Foreign Service posting to Paris, and took her to dinner in Rouen when they arrived in France. Julia is widely quoted saying that their meal of oysters, sole meunière and wine was “an opening up of the soul and spirit.”

She enrolled in a cooking class at the renowned Le Cordon Bleu, the only woman in a program designed for veterans returning from the war. She owned the room. She then partnered with future BFF Simone Beck and Louisette Bertholle to start a cooking school and begin writing the cookbook that would change American cooking.

Mastering the Art of French Cooking was a labor of love, born of 10 years of collaboration and co-creation between Julia and Simone, through multiple relocations around Europe and the US, and finally culminating with the book’s publication by Knopf in 1961. It became a best-seller, is still in print today, and is regarded as a seminal work of culinary artistry.

Julia went on to write 20 more books, and kicked off a career as America’s favorite television chef. Her debut show, The French Chef, was shot on a shoestring budget and unedited, and introduced a happy kitchen expert who dropped food on the floor, sometimes miffed dishes, and poured herself a glass of wine at the end of each episode. “No matter what happens in the kitchen,” said Julia, “Never apologize.”   The show ran for 10 years, winning Emmy and Peabody awards.

Like all empowered women, Julia was a great collaborator. Her husband Paul was her partner throughout her career. Her later shows featured a bevy of great culinary artists, sporting titles such as Cooking with Master Chefs, Julia & Jacques Cooking at Home, and Baking with Julia. In the short time I was lucky to spend with her, she was never alone, always happy to share the spotlight with her fellow food-lovers.

I often think about Julia when I’m cooking for my friends. I have a plaque on the wall of my kitchen with one of her quotes: “The only time to eat diet food is when you’re waiting for the steak to cook.” Julia clearly provided the hard work and the inspiration that changed the way we eat today, but she was more than happy to share the credit with the people who surrounded and empowered her, and to serve as a conduit for all the vibrant community that grows around sharing food. She would have had her own MixR group, for sure, made up of chefs, food purveyors, winemakers and friends. It would have been called “Bon Appetit!” and her weekly dinners at her house would have been full, all the time.

The Jedi Strategic Partnerships at MixR

Angela Wilson Gyetvan handles strategic partnerships for MixR. Her 20+ year career in emerging businesses and tech includes executive positions with Electronic Arts, Four Seasons Hotels and Resorts, Idealab and Evite. She serves on the Digital Committee for Women in Film, and is also a member of the Television Academy, where she sits on the Awards Working Group. She has lectured on digital and social media at both USC and UCLA, and has been a featured speaker at multiple industry conferences. 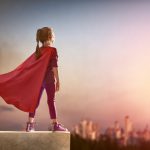 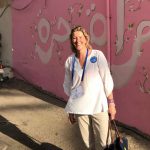 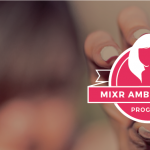 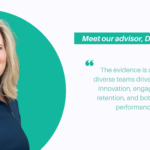 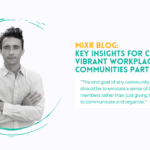 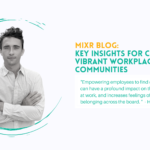 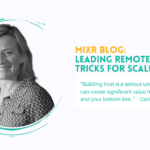